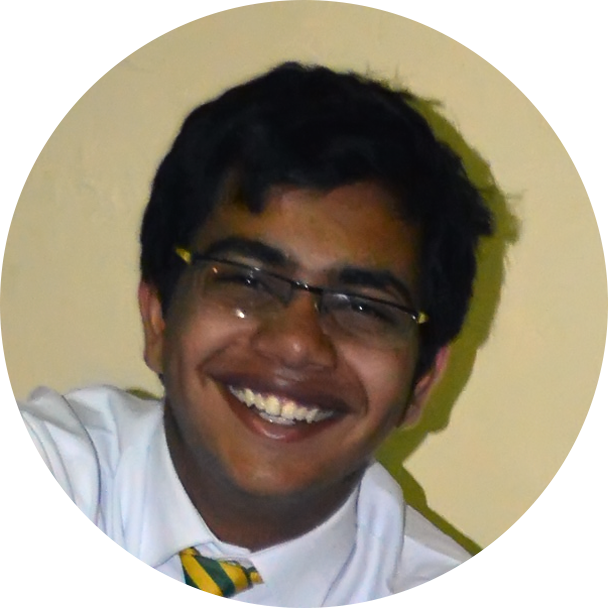 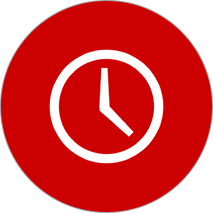 Worked on a redesign of an SMS Scheduling application as part of a summer internship.!

Garbage heaps in the city are growing at an exponential rate and the municipality is doing little to curb it. The people working in this sector are barely making ends meet. They work in inhuman and unhygienic conditions. Our waste collection system relies on regular, door-to-door collection of waste from households and other establishments. We aim to not only solve the garbage menace but also provide dignified employment to the existing workers, who are often ignored. Our vision of employing people already in this sector will provide them with a regular income, hygienic and safe environment to them, among other benefits. We shall tie up with RWAs (Resident Welfare Associations) and offer to collect their garbage and in return asking for some land in the locality, where we will compost the organic garbage and send the rest to a central hub, where it will be further segregated to sell the recyclables to their respective recycler and dispose off the rest.

In our first phase, we have one hub catering to four localities which is set up by an investment of Rs.12,65,000. In the first six months, we will set up another hub and will have a loss of Rs.10,00,000 and we Break-Even only in the seventh month. By the end of the first year, we would have a revenue of Rs.1,83,75,000 and generate a profit of Rs.10,13,000. By the end of the second year, we shall have another 2 hubs in addition to previous hubs, set up with an investment of Rs.8,40,000 which we get from previous years profit. These four hubs will be catering to 8,000 houses and we would have a total revenue of Rs.4,74,18,000 and generate a profit of Rs.54,53,495 by the end of the year. Thus, at the end of 2 years we would have a total reserve and surplus of Rs.64,67,485. The municipality caters to only 85% of the city and is often inefficient. Hence we shall have an ample source of garbage which will lead to the production of large quantities of manure. We will take care of the entire waste management process and hence being transparent and environment friendly in all our process. There is a huge market for manure and we shall sell to commercial organic farmers, dealers and nurseries. We shall sell it at a competitive price of Rs.12 which is much cheaper than the existing price of Rs.15 to 18. The compost can also be sold to corporates that venture into the primary sector. We can also cash-in the carbon credits we earned by protecting the environment. We shall start by having one hub catering to 4 localities and after every 6 months, we aim to expand by setting up another hub i.e. cater to four more localities. Hence, by the end of 2 years, we shall be catering to 8000 houses. Initially we start by marketing to the Delhi NCR region and then to neighbouring states which are chiefly employed in agricultural activities. Hence, market shall expand at a high rate. 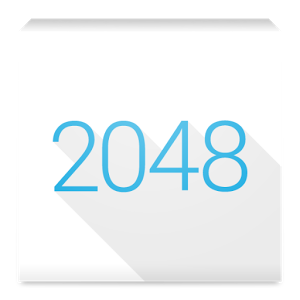 2048 is a Fun and Addicting Puzzle Game.
An ad-free, fluid and beautiful version of the game 2048 with Google Play Games integration! 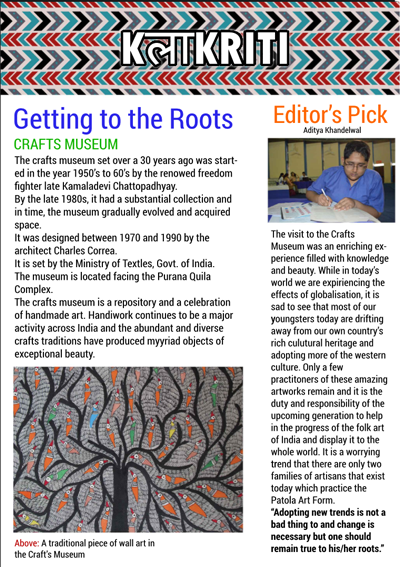 A newsletter created as part of the Young Editor's Summit at Modern School. 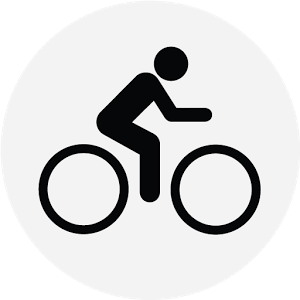 NewsWala is a fast and simple newsreading app, fetching news stories from RSS feeds.
This was created as part of a summer internship at Hughes Systique Corporation.

NewsWala is a fast and simple newsreading app, fetching news stories from RSS feeds.
This was created as part of a summer internship at Hughes Systique Corporation.

Featured on the Mozilla Hacks Blog 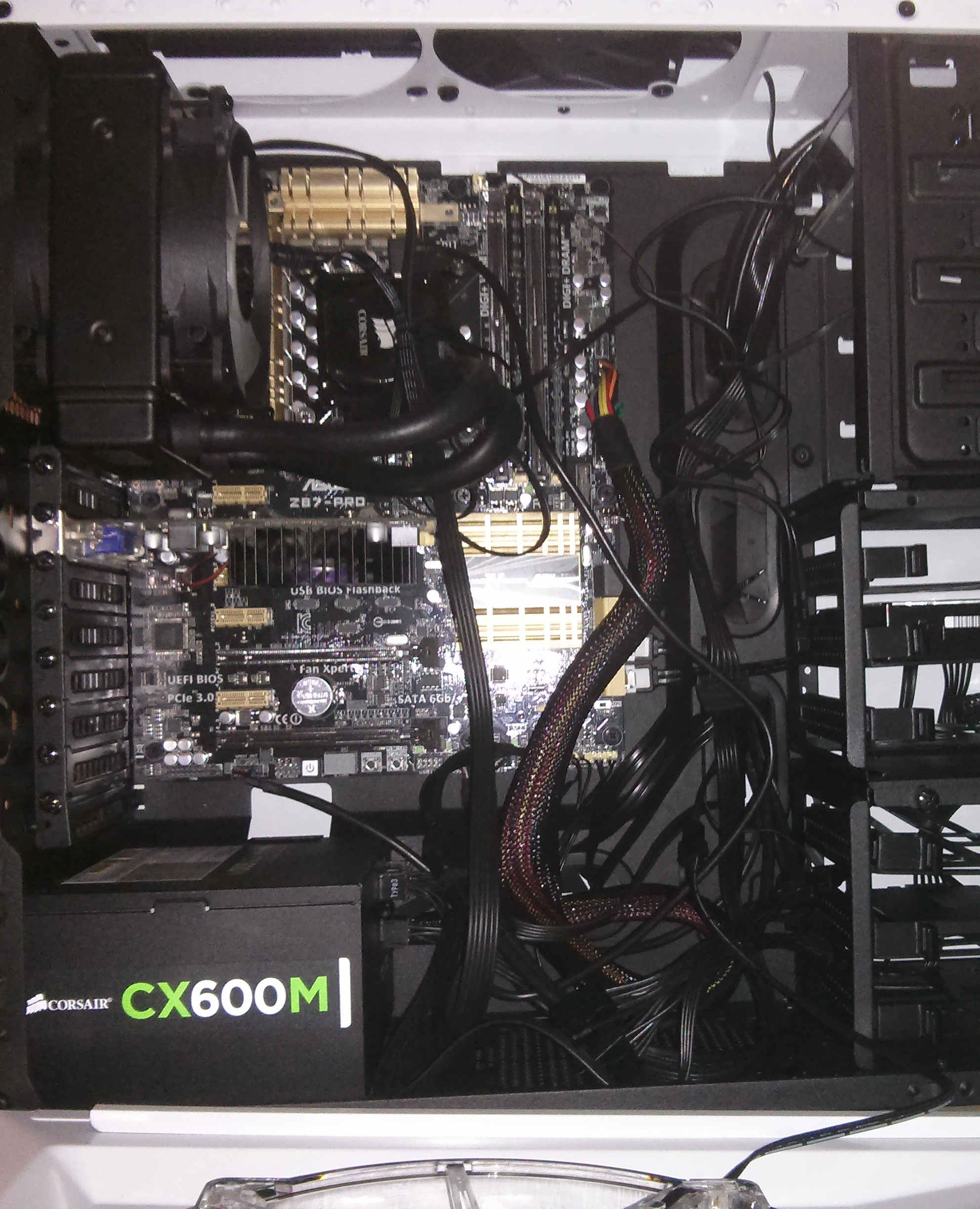 Assembled a Server Class PC, tweaked it and tested it via various benchmarking applications. 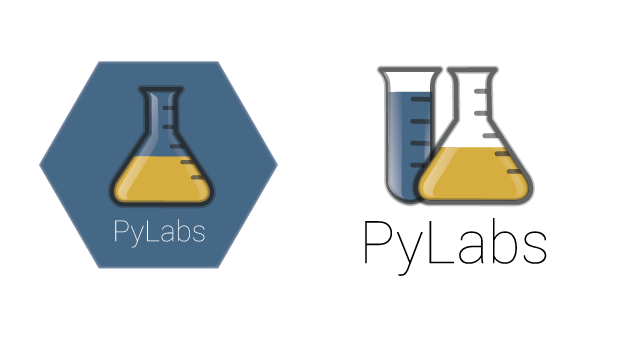 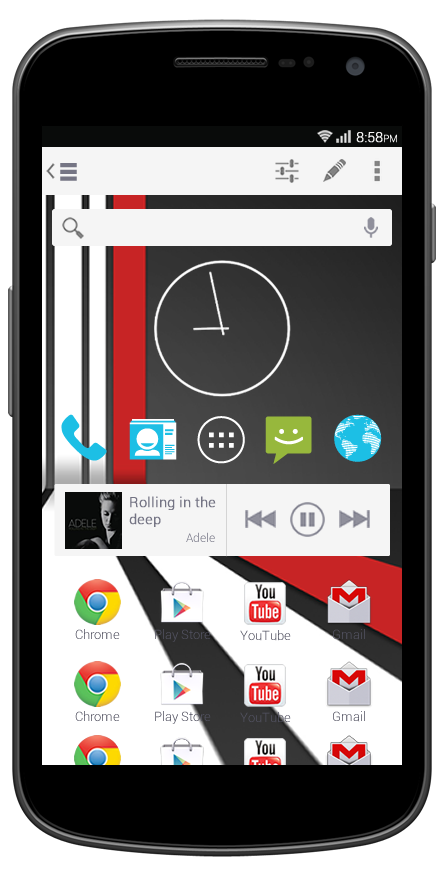 A design for a vertically scrolling launcher for android with quick access to the app drawer. 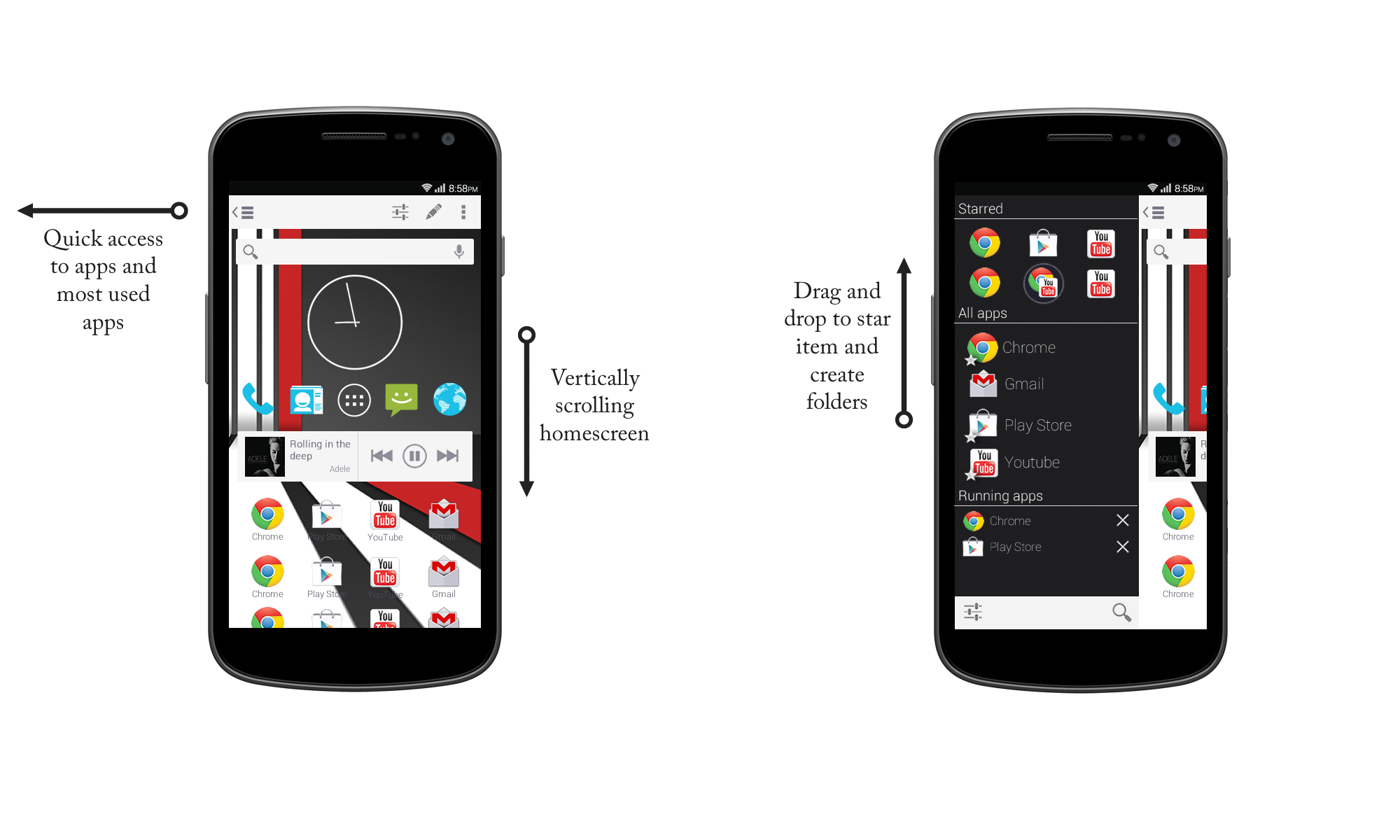 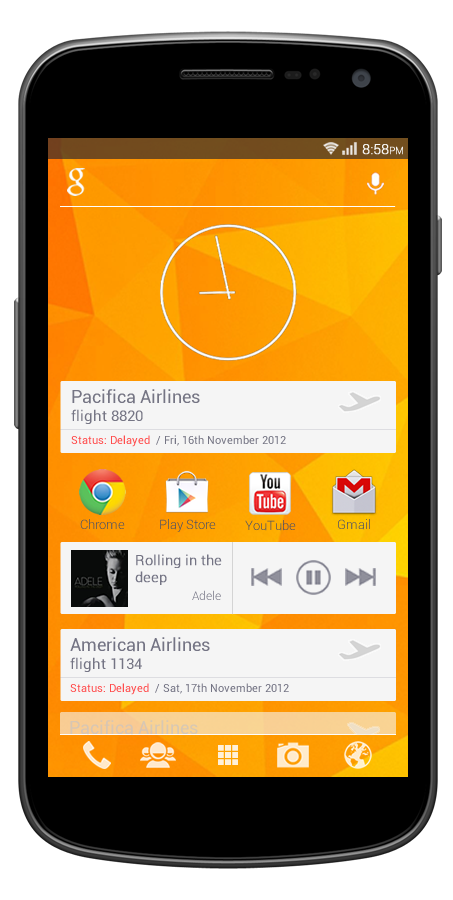 A concept of the UI of the next version of android with Google Now Cards served on the homescreen. 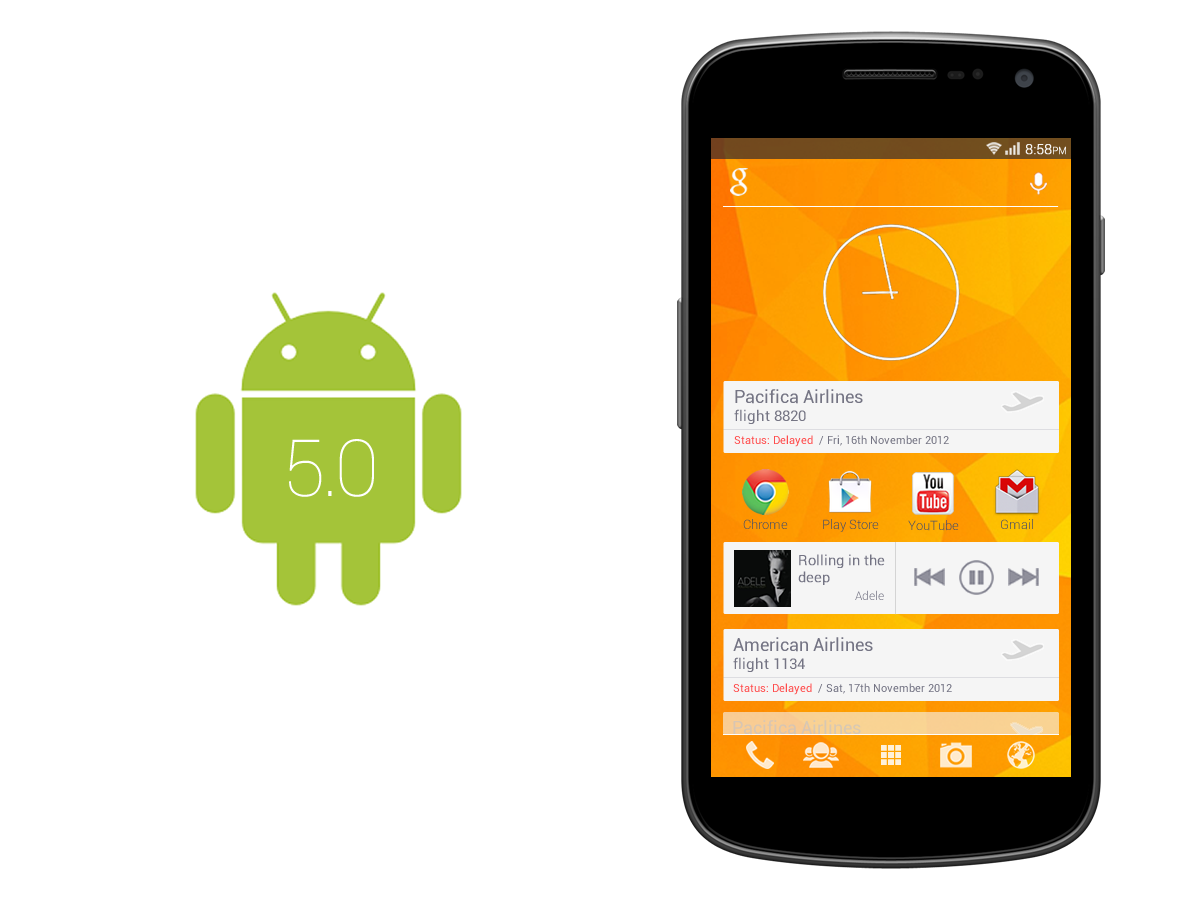 A website created for the ThinkQuest international competition dealing with the problem of overflow waste.

A community news-site keeping you up-to-date on the ever changing world of technology and gadgets.